Changes on Fathers and Fatherhood

Don't use plagiarized sources. Get Your Custom Essay on
Changes on Fathers and Fatherhood
Just from $13/Page
Order Essay

Changes on Fathers and Fatherhood

As families change, fathers and fatherhood is changing in surprising and important ways. These are the changes that the society and media is portraying. Currently, fathers who stay with children take active roles helping in the house and taking care of them. Over the decades, the number of single and stay-at-home fathers has risen, and it’s almost equal to that of stay-at-home mothers. Previously, sociologists and psychologists viewed parenting in terms of motherhood since mothers spent almost all their time with children.

Researchers are taking a closer look at fatherhood because of two factors. First, the phenomenon of fatherlessness and secondly, the increased involvement of fathers in their children’s lives. Modern day fathers are not same as the traditional disciplinarian and breadwinners in the family (Waldvogel, Ehlert and Cenof, 2015). The media is portraying modern fatherhood in various ways: married or single; stay-at home or externally employed; step-parent or adoptive; and capable caregivers to the psychologically or physically challenged children. In addition, different views portray modern fathers as more affectionate and active in their families.

A few decades ago, the roles of fathers included providing for their families, fixing things around the compound, cutting grass and warning children when they were misbehaving. Father’s roles would be portrayed by the media as they appeared in families. For instance, figure 1 shows the roles of father and mother until 1960s. 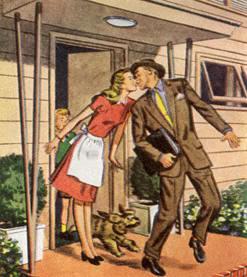 The father would leave the house in the morning to go and earn whatever was required in the family. In turn, the father did not have the burden of tending to the home and nurturing children. These were roles left for the mother.

Traditionally, when father was not at the workplace, in the evening, during holidays and weekends, he was actively involved in particular activities. Figure 2 indicates a father cutting grass around the home compound. He could do that using a mower, slashers, rakes and other necessary tools. The other chores that fathers would be involved in included trimming live fences and doing repairs at home. In most of these activities, fathers were mostly accompanied by their sons so that they would also get the chance to learn roles of fatherhood.
Figure 4: Father’s Traditional Role of Conveying Religious and Moral Values 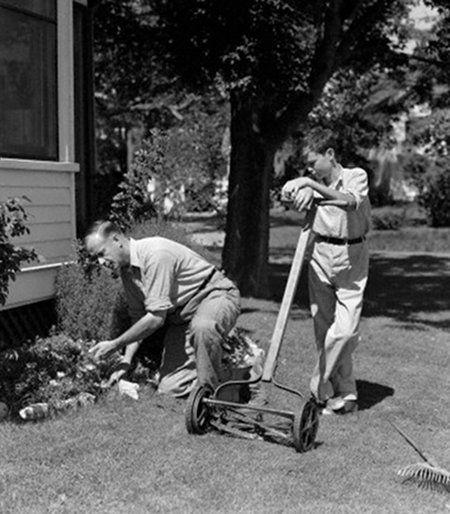 As shown in figure 4, media portrayed fathers as the individuals responsible for correcting children and warning them when they were engaging in bad behaviors. In addition, fathers were associated with the responsibility of conveying religious and moral values to their children. 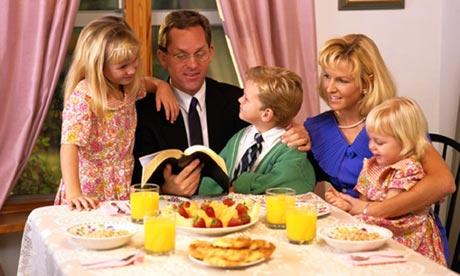 Seccombe (2015) states that people have made “choices” which are in conjunction with larger societal developments like advancement in technology, opportunities for women, immigration policies, crime rates, fatherhood conceptions and a broad variety of political and social movements. In the current families, and in addition to their traditional roles, fathers are playing roles that were primarily left for mothers. The most important role that the media is depicting, is the care and development fathers are giving their children.

As indicated by figure 5, the idea of equality has made fathers take up new roles within families. The fact that mothers have joined the workforce in high numbers means that fathers have to help at home (Waldvogel, Ehlert and Cenof, 2015). 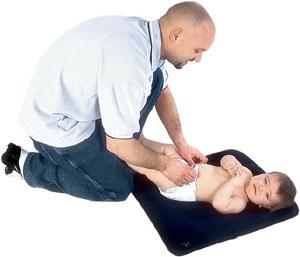 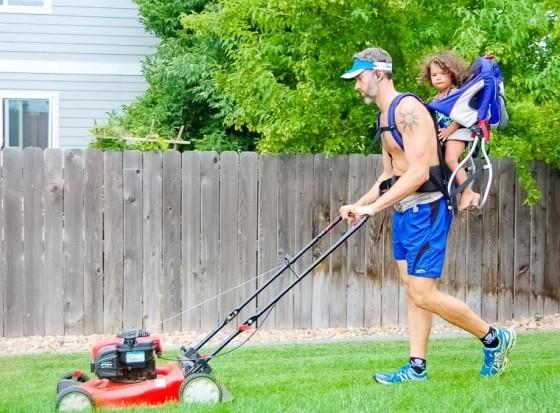 The maternal obligation and the caregiving roles that were seen as mandatory for mothers have now become optional. It has become a myth that fathers spend about 20 minutes daily with their children. Some of the things that fathers are doing, that were considered mother’s work, include taking kids to baby care, changing diapers, taking children to school and looking after them when the mother is away.

Even though fathers still engage in their traditional roles, the roles that they have taken depict them as more caring than they were in the past. As table 1 shows, fathers in the past were not in a close relationship to their families as the modern fathers. Children in past families “feared” their fathers than they currently do (American Psychological Association, 2016).

Table 1: Contrast between Modern and Past Fathers

According to Seccombe (2015), currently more fathers are living as single parents and they are forced to engage in chores that were left to mothers. The author argues that these single-parent households have resulted the “gold standards” that current women have set for themselves. These women leave the father with their children when they realize that the man does not have a steady job and has failed to own a home. However, there are more concrete reasons that have forced fathers in their families to transition.

A few centuries ago, the role of fathers were to primarily serve as conveyers of religious education and moral values, and breadwinners to their families. Urbanization and advent of industrialization led to creation of factories and generation of more employment opportunities. As fathers sought employment, they distanced themselves from families and households. Search for employment opportunities lead to increased rates of illegitimacy and abandonment. These changes stimulated the society to develop welfare program for assisting the unmarried and widowed women in order to support their children.

The recent decades have seen economic roles of women change greatly, a trend that has impacted on fathers’ roles. According to Waldvogel, Ehlert and Cenof (2015), the number of women who were either looking for work or those who were employed almost doubled between the years 1948 and 2001. Women’s increase in financial roles caused paternal financial support to decrease. In addition, the increased women autonomy has led to declined fertility, increased rates of remarriage and divorce, and childbearing outside marriage. These trends have forced men to transition from their traditional roles to the current undefined roles.

In conclusion, the role of fathers and fatherhood that was clearly defined a few decades ago is now different. In the past three decades, obligations of fathers and mothers in families are not as clear as they used to be. Although fathers still spend more time earning for their families and impacting religious and moral values, they currently work on domestic tasks and spend more time with their children than they did a while ago. This has made them more caring than they were in the past. Regardless of the roles they are playing, most modern fathers take this as an opportunity to make better parents rather than a challenge of work-life balance.